Rowland Homes will sponsor Rachel Traverse as she aims for Olympics

The GSCE student, from Golborne, Warrington, has been training and competing in Karate for almost a decade.

After training under the North West Karate Academy with trainer sensei Steve Scott, by the age of 11 Rachel had progressed to second Dan Junior Black Belt. Since she was 13 the rising star has been coached by former World Champion Paul Newby, with the England Karate team in Yorkshire.

As well as studying full time, Rachel trains five times a week, and is now fighting at senior level, despite only turning 16 next month.

Rachel, who attends Lowton High School, said: “I am now up against other world champions and can compete with them on a level playing field. It was announced this year that karate was to be introduced in the Olympic Games starting in the year 2020 in Tokyo and it’s my dream now to compete as part of Team GB.”

And the teenager’s dream of getting to Tokyo have been backed by Rowland Homes, who are investing in Rachel for the next three years, so she can continue to train, compete and be equipped with everything she needs.

The vital funding will mean she can also attend tournaments abroad, with her sights set on the 2018 Youth Olympics in Buenos Aires, Argentina.

Rachel’s mum, Diane, added: “Karate has only just been approved as an Olympic sport so it won’t receive government funding for another few years. Rachel is a top prospect for Tokyo so Rowland’s generous sponsorship is going to help to get her there. We are so grateful for their unbelievable support.”

Chris Sams, Rowland Homes Managing Director, said: “We’re delighted to sponsor Rachel in her quest for Olympic glory. It’s not often this kind of opportunity comes along when young talent like Rachel has the chance to achieve their dream. We’re really proud of her and wish her every success.”
Rachel will next compete over the Spring bank holiday at the British Karate Federation Four Nations Championships in Sheffield. 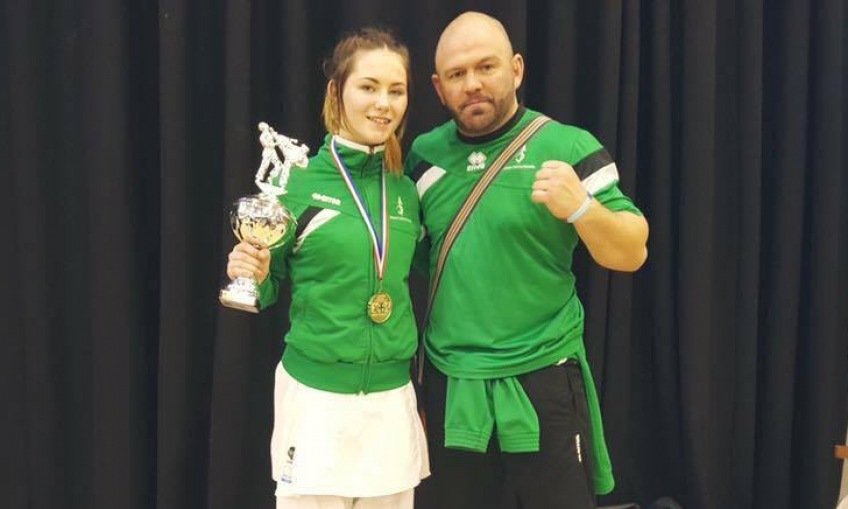