Rowland Homes has been sponsoring Karate hopeful Rachel Traverse as she aims for Olympic success.

The three-year sponsorship of Rachel, a local student, from Golborne, Warrington is supporting her through her training and competitions as she prepares to realise her dreams .

After training under the North West Karate Academy with trainer sensei Steve Scott, by the age of 11 Rachel had progressed to second Dan Junior Black Belt. Since she was 13, former World Champion, Paul Newby has coached the rising star, with the England Karate team in Yorkshire. 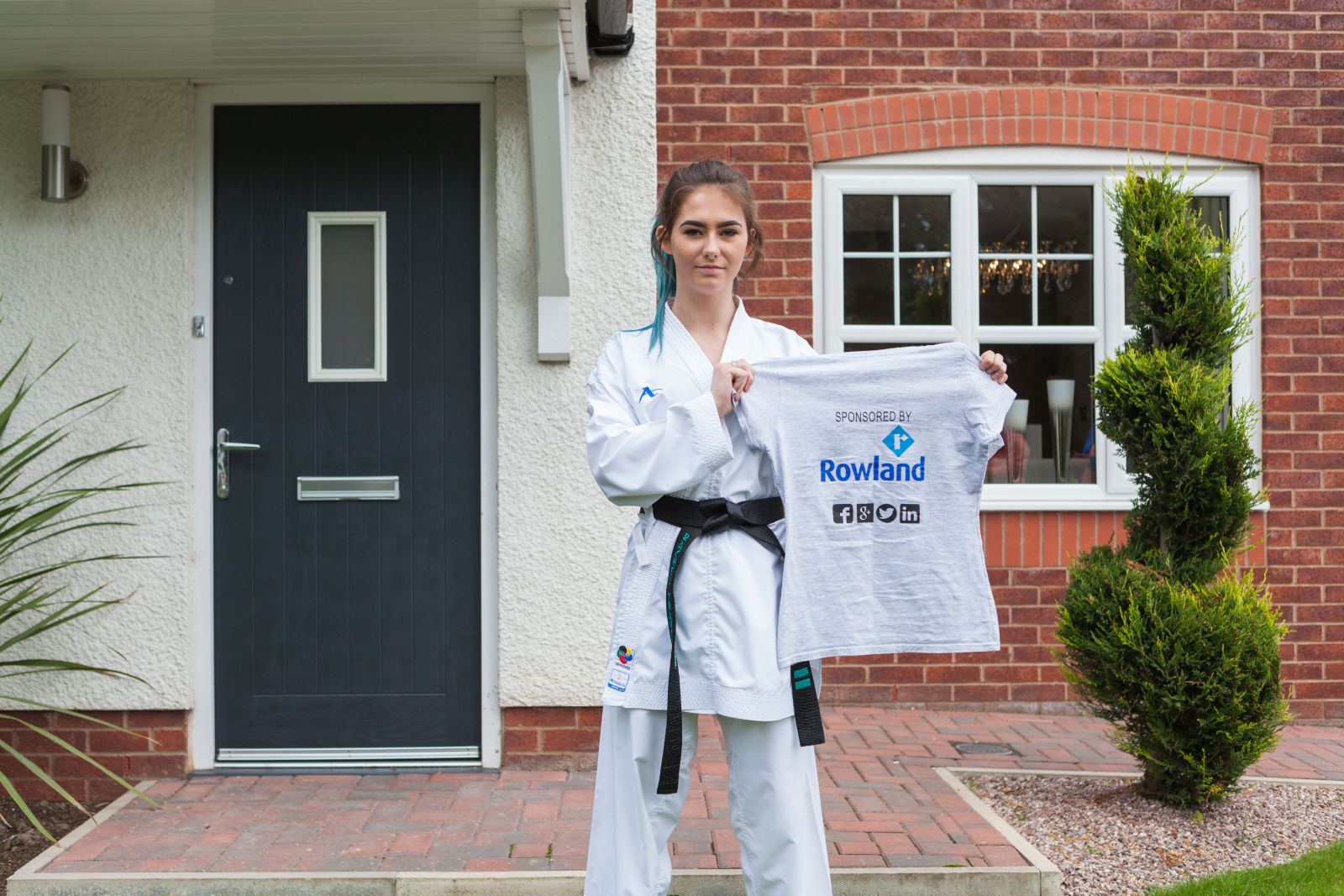 The vital funding from Rowland Homes, means that Rachel can also attend tournaments abroad, while on her journey to the 2018 Youth Olympics in Buenos Aires, Argentina later this year.

This year Rachel has already competed in the U21 Championships in Sochi, Russia where she stayed in the Olympic village. She then competed in Bulgaria in May and also entered two tournaments in Croatia. During this time she trained in London at weekends with the England team.

The highlight of this year so far though has to be winning Gold at the English Championships.

Next up is Bulgaria in the league to increase her points, followed by Croatia, Germany & Switzerland.

Then it will be onto Buenos Aires in October where Rachel has been shortlisted for the Youth Olympics. What a way to finish an amazing year. We will be cheering her on and bringing you regular updates as she competes.

Rachel, said: “I have had an amazing year so far, I can’t wait for the Youth Olympic Games in October and now that it has been confirmed that karate will be introduced in the Olympic Games starting in the year 2020 in Tokyo and it’s my dream now to compete as part of Team GB.”

Chris Sams, Rowland Homes Managing Director, said: “We’re delighted to sponsor Rachel in her quest for Olympic glory. We have eagerly watched her progress over recent years in tournaments and competitions and she is a real talent. We’re really proud of her and wish her every success in the Youth Olympics.”