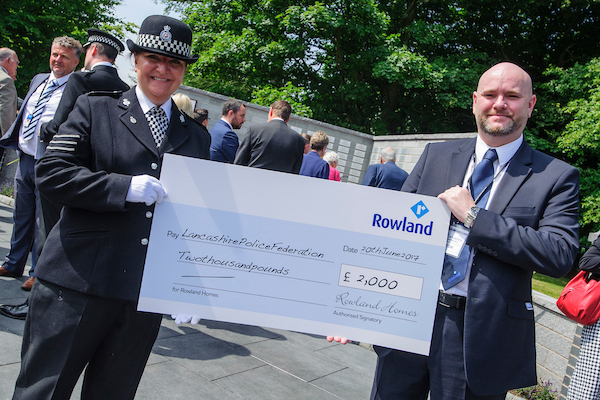 We were honoured to donate £2,000 to the Lancashire Police Federation in June, following the success of a helping hand scheme run by our Saxon Place development.

Understanding that the police provide a vital service to society, the site team in Penwortham decided they would like to assist police personal when purchasing a new Rowland Home.

The scheme formed two parts – the first being a £5,000 allowance provided to the Police Federation Member (purchaser), which could be used towards their stamp duty, legal fees or contribution towards their Rowland house deposit.

Following legal completion of the new home, provided a payment per property purchased by the federation members of £1,000 towards their new Lancashire Police Memorial Garden. The private garden is dedicated to those brave officers who have sadly and regrettably lost their lives in the line of duty.

Stephen Fairclough-Speed, Sales Executive at Rowland Homes, initiated the campaign when he recognised that Rowland previously had a number of Police Officers and Federation Members who were already customers.

Stephen, who was able to present the cheque at Lancashire Police’s headquarters earlier this summer, said: “We felt it would be a gesture of “thanks” to support the Police, after they placed their trust in us.

“It was an honour to meet with the Police Federation staff and some of their members. We wish them safety whilst completing their duties and thank them for their devoted service to our communities.”

The memorial garden received careful implementation and took around 12 months to complete. 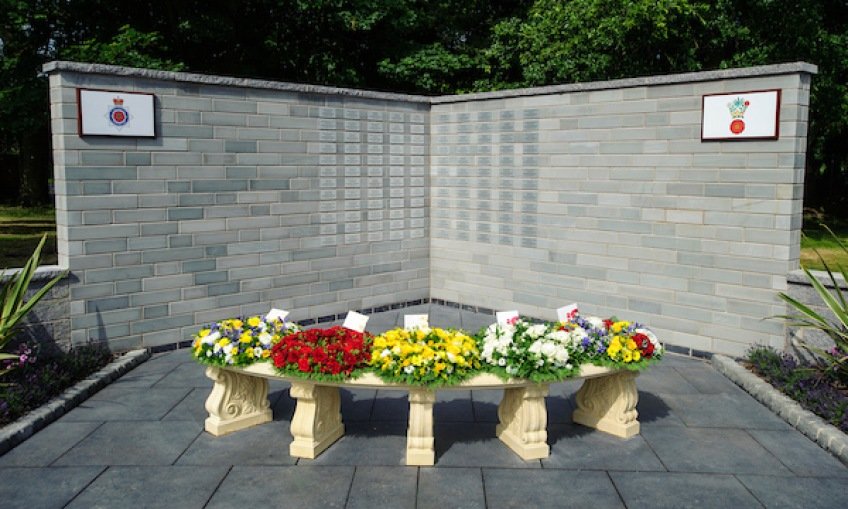 Rachel Hanley, Chair of Lancashire Police Federation, commented: “I have been immensely proud to be involved in the creation of the Memorial Garden, which would not have been possible without the help of so many people.

“It has been very humbling to spend time with families of our fallen colleagues, which is where the concept for the garden was born. I know it will be a fitting and lasting tribute to those that have given their lives and a place of reflection for all its visitors and we thank Rowland Homes for their contribution to the project.”

Rowland’s helping hand scheme is still active and they are continuing to support Lancashire and Cheshire Police Federations.